This show keeps rolling along, and packing in the punches.

I love what the prospect did to attempt to earn his top rocker. Way funny. At least it came in handy later on in the show.

Hey did you hear Able got out of the "toaster"! 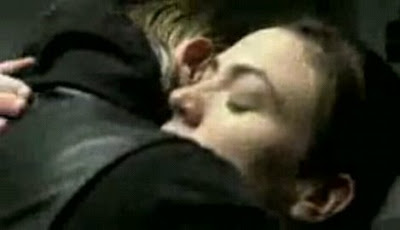 On a lighter note: I can't get that theme song out of my head. I can't wait for it's release.

Below is some information on the theme song, posted from the SOA website.

The Sound
By soaproduction at 2:45 pm

Music for the show plays a crucial part in depicting the world of Samcro as well as the simplicity of life in a town like Charming. It must reflect both the authentic rebelliousness and freedom of the club lifestyle but also have playful Americana undertones.

The man responsible for capturing this is acclaimed producer/songwriter/musician Bob Thiele Jr., whose major task as theme song composer and co-music supervisor is to make the music as authentic as possible. He does this by drawing from a specific musical palette, using a great deal of guitar and accordion, keeping it simple as anything too orchestral or overly computer generated becomes distracting and can hinder instead of adding to the characters and their stories. This very notion is best captured in the show’s theme song “This Life.”

For the song, Bob teamed up with guitarist/songwriter/and all around badass Dave Kushner of the band Velvet Revolver, as well as famed musician Curtis Stigers (who sings it.) The three are in works to lay down a full recording of the song to be available soon. Further details to follow…

In many ways SOA is a contemporary western, a cowboy story complete with all the thrills and pangs that comes with it. Our cowboy, Jax, is isolated in his conflict over the club and his family. Thematically, it’s important to capture Jax’s confusion with a classic lonesome cowboy edge, but also show the tradition and excitement of the world…

Ride into this world

You’re on your own.

On the devil’s back

Gotta look this life in the eye.

The combination of these elements truly reflects our characters lives: The good, the bad and the crow.

Yeah, way creepy. I was thinking "Tartar" and Jax had some sho 'nuff pent up energy, to be oblivious to that! Yuck!

The prospect "thinking outside the box" was way cool and way funny. I still laugh at the image of him following the FBI guys around on the little mini! LOL!

I think it's going to get hot for Jax. Things keep getting curiouser and curiouser.

Yeah, that was definitely creepy...sleeping with the dead stalker in the room.

Loved it when the prospect stole the ambulance! LOL!

I don't know what was so creepy about it. Haven't most of you slept with people in the past who you swear were half-dead? (As in the crude slang term: dead-f*ck)

So, what's the difference having one lay on the floor?

Glad that Jax took care of him though. Not only was my sense of justice appeased but I didn't want him hanging around the story line too long making it hokey.

And what's worse is that his eyes were still open...ewww!
It's definately heating up, it sucks I have to wait a whole week for the next episode. :(

Wow...that was a show. But damn it was good. Even the weirdness of having sex with the dead body in the room. Jax has a nice bum!!! :)~

Even though Tig is such a psycho I love his character. I loved the shit he was giving half sack about getting a fire engine next. Too funny.

It will be interesting to see if Darby and the Nords sides with SOA to fight the Mayans now that Darby was double crossed.

I wish the show was on every night...I can't get enough!

They sure pack a lot in one show. The stalker is dead good. I guess some people celebrate things in strange ways. And ya got to know Darby is going to lay total blame on the Mayans. Act surprised. He's a sh##head. Wonder if his day will ever come.

I officially LOVE the prospect now. That was some definate original thinking.

And I could not stop laughing when Jax and "Tartar" got it on with the stalker in the room!! :-P

I'm definately buying this when the season comes out on DVD. I need to catch Josh up on what he's missed.

IHG -
I agree with you. Tig is so demented but I love his character. He has some great lines.

Ya Tig does add to the show. Why if he knew what Jax and the Doc did he'd probally drop em in place and choke willy.

Web...you are so right with your last post. Tig would eat that right up, huh? lol

I was a little unsure about this when it first came out, following the wire was going to be hard. But i do really like it i downloa it as soon as it comes out and when im back in CA next year ill be asking for a go on my friends Harley for sure.
Way creepy the sex scene though but then you sould look up Jax past acting career, i was shocked to find him british among other things.

Well, I am finally caught up...just in time for the new episode tonight!

I can't say anything else about sex with the dead guy, stealing the ambo, or the imminent gang war that hasn't already been said.

"getting out of the toaster"--LOVE IT!!!

Mrs. R.C.,
I couldn't agree more about not being able to say much more than what has already been said. I sometimes seem absent not commenting back on all of the comments but sometimes more fun to just sit back and read what others have to say about what I posted. Sometimes my post is all I have to say, and then my peace is said.

P.S.
Monkey,
I loved the Wire!

If I had to smoke some dude for a girl your damn sure Im gonna get some butt out of it! Jax sealed that part early thats all that was.

Anonymous,
I totally agree with you about If you had to smoke some dude for a girl your damn sure gonna get some butt out of it! (not me of course, I'm not in a MC, and I'm married.)
However Jax sealed that part,Yes, but do you really think that is "ALL" it was? I think he's got something for Tara.